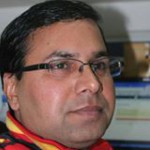 When the satirical magazine Charlie Hebdo republished caricatures of the Prophet Mohammed in early September, it triggered a chain of events that included two stabbings, protests in Muslim nations, the boycott of French goods and criticism from allies. Tensions rose higher when one young Islamist extremist beheaded a teacher near Paris this month, and another slit the throats of two people and fatally stabbed another inside a church in the southern city of Nice this week.

But French officials have not only defended the right to republish the cartoons, some have gone further — including regional leaders who announced that a booklet including those images would be handed out to high school students as a commitment “to defend the values of the Republic”.

In the tortured 14-year history of the cartoons in France, the response to the images there has undergone a profound transformation. Once denounced by the head of state for provoking and disrespecting Muslims, and later held at a cautious distance by other officials, the same drawings are today fully embraced across the political establishment — often conflated with France’s commitment to freedom of expression.

The caricatures have put France at a dangerous impasse, widening its divide with Muslim nations and leaving many French Muslims feeling alienated. To Muslims outside France, and some inside, the cartoons are simply provocative and gratuitous insults leveled at their faith. One drawing depicts the Prophet Mohammed carrying a bomb in his turban.

The hardening of France’s defence of the images has also set it apart even from the United States and other Western democracies that, faced with increasingly diverse societies, have become more cautious about speech that could be considered offensive, especially to racial, ethnic, religious or other minorities. Many French regard those attitudes as a form of American political correctness that threatens French culture.

On Friday, a day after a 21-year-old Tunisian migrant killed three people at the main basilica in Nice, police announced they had arrested a second suspect. About 50 people gathered in front of the church to pay tribute to the dead. What started as a moment of solidarity was interrupted by a couple of local residents who blamed Islam for the attack — to the protest of bystanders. A veiled woman called on people not to conflate Muslims with terrorists.

The mayor of Nice said the Constitution should be modified so that France could properly “wage war” against Islamist extremists. France’s hardline interior minister, Gérald Darmanin, set the tone by declaring, “We’re at war, against an enemy who is both inside and outside.”

The martial language reflects an overall hardening of the French view of radical Islam. The fierce defence of the caricatures has put the French in a position with little room for maneuver, where any compromise could be seen as undercutting a core value — France’s strict secularism, called laïcité.

Pierre-Henri Tavoillot, a philosopher and expert on laïcité at the Sorbonne University, said that the conflict over the caricatures has led France into “a trap”.

“In fact, they have become symbols and that turns the situation into a conflict,’’ he said. “But it’s a conflict that in my opinion is inevitable: if French laïcité gives up on this point, it will have to give up on all the others.”

He added, “If we abandon caricatures, for a French person, we’re abandoning freedom of expression, the possibility of criticizing religions.”

In 2015, the attack on Charlie Hebdo and the killing of a dozen people — including cartoonists and columnists — led to mass mobilisation in Paris under the banner of “Je suis Charlie,” or “I am Charlie.”

Representatives from Muslim countries like Lebanon, Algeria, Tunisia, Jordan and Qatar joined that march against terrorism and for freedom of speech. But all of these countries have in recent days criticized the republication of the caricatures, arguing that they offended Muslims.

The editors at Charlie Hebdo republished the same cartoons to mark the start of a long-awaited trial of alleged accomplices in the 2015 attack, saying they were affirming France’s democracy.

The republication was quickly followed by a high-profile speech by President Emmanuel Macron detailing his plans to combat Islamism, and the government’s widespread crackdown on what it described as Islamist individuals and organizations — moves that contributed to the change in perspective abroad.

“The publication and the republication are not the same thing,” said Anne Giudicelli, a French expert on the Arab world who has worked for the French foreign ministry. “The republication by Charlie Hebdo is seen as an obstinate will to continue humiliating. That’s what is different from 2015. Now there is the sense that France has a problem with Islam whereas, in 2015, France was the victim of terrorists.”

Angered by the republication, a Pakistani asylum-seeker stabbed two people outside the former offices of the magazine, and a refugee of Chechen descent beheaded a middle-school teacher who showed in class two Mohammed caricatures, including one depicting him naked on all fours.

Freedom of speech — or the freedom to say blasphemous things about religion — is considered a tenet of French democracy, which was established by eradicating the power of the monarchy and the Roman Catholic Church, and has steadily become a pillar of France’s secularism, or laïcité.

Rooted in a law established in 1905 — when France lacked a significant Muslim community — French secularism separated church and state — and was based on the idea that faith is a private matter and must therefore be restricted to the private sphere, Tavoillot, the philosopher, said.

Jean Baubérot, a leading historian of French secularism, said that the idea was to give precedence to the state. “Modern France considers that it established itself against religion,” he said.

France’s strict secularism has also been indirectly strengthened by the increasing secularization of French society. Only 8% of French people regularly practice their faith today, according to a 2016 report by the Paris-based Institut Montaigne.

But how laïcité is lived and enforced has hardened in reaction to the rising number of Muslims in France, Baubérot said. Today about 10% of France’s population is Muslim, and they are much more religious than their Christian or Jewish counterparts. The report found that 31% of Muslims visit a mosque or prayer hall once a week.

French secularism holds dear the right to criticise all religions — though not believers. The line is often difficult to draw, and has left many Muslims feeling personally insulted with the publication of caricatures of Mohammed.

Complicating matters is that France does curb some freedom of expression — banning, for example, attacks on people for their religion or skin colour, and forbidding Holocaust denial.

The teacher who was beheaded had used two caricatures of Mohammed from the pages of Charlie Hebdo in a class on freedom of expression, angering many Muslim students and parents. The government regarded his killing as an attack on the state since public schoolteachers have played a key role in teaching about secularism.

A few days after the killing, the leaders of France’s 13 regions announced that they would publish a booklet for high school students featuring the Mohammed caricatures.

“The art of caricature is an old tradition that is part of our democracy,” said Iannis Roder, a middle school history teacher and a member of the Council of the Wise, created by the government in 2018 to reinforce laïcité in public schools.

He added that he faced increasing difficulties teaching freedom of expression and the right to caricature because of “a greater penetration of religiosity among many students who call themselves Muslims”.

But Mohammed Moussaoui, the president of the French Council of Muslim Faith, said that there should be limits to offensive satire when it comes to religious beliefs. Limiting the publication of cartoons of Mohammed avoids fuelling extremism, he said.

“I don’t think this is the right way to explain freedom of expression to children,” Moussaoui said of the caricatures in an interview with France Info. “The duty of brotherhood imposes on all to renounce some rights.”

In a subsequent statement, Moussaoui said that his suggestion to “renounce some rights” had been clumsy. But he added: “If freedom of expression gives the right to be satirical or humorous, we can understand that cartoons putting a prophet who is fundamental to millions of believers in suggestive and degrading postures cannot fall within this right.”

As the caricatures have acquired a powerful symbolic significance since the 2015 attacks, it has become politically difficult to raise questions about them.

Clémentine Autain, a far-left lawmaker from the party France Unbowed, said that the debate over terrorism and secularism “is dominated by emotion and is no longer rational”.

Some politicians are using laïcité as a way to “ostracise all Muslims,” she said. “My concern is that, by doing this, a number of Muslims are being sent back into the arms of radicals.”